This season I am going to try growing our potatoes in oak barrel halves. I am doing this for two reasons; it’ll save raised bed garden space for other crops and it will eliminate the need to dig up the soil environment when harvesting the potatoes.

I also want to try an experiment with potato toppings. No, not sour cream, bacon and chives (that’s later in the season). I am going to cover the seed potatoes in one oak barrel with organic garden soil and other seed potatoes are going to be covered in straw. I read the potato-straw-mulch idea in Organic Gardening’s newsletter.

To get started, I drilled three 1 inch holes in the bottom of my half oak barrels. I then added medium sized rocks around the holes. 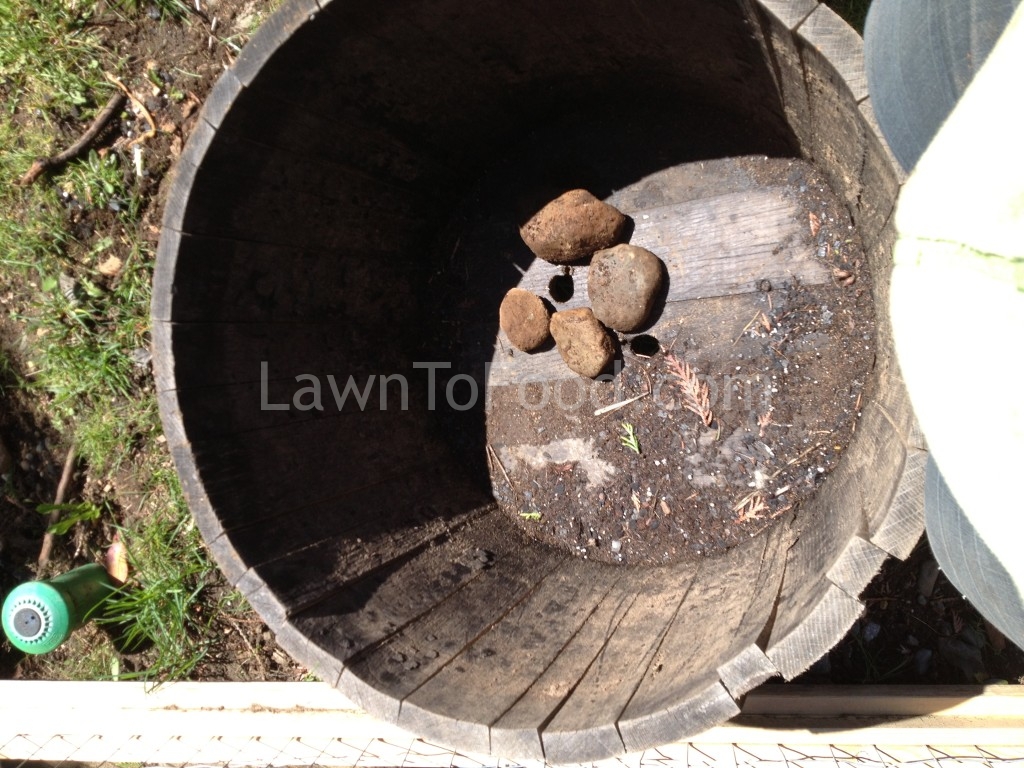 Over top of the medium sized rocks, I placed larger rocks to form a bit of a bridge. The rocks will allow excess water to escape while preventing the soil from clogging the drain holes. 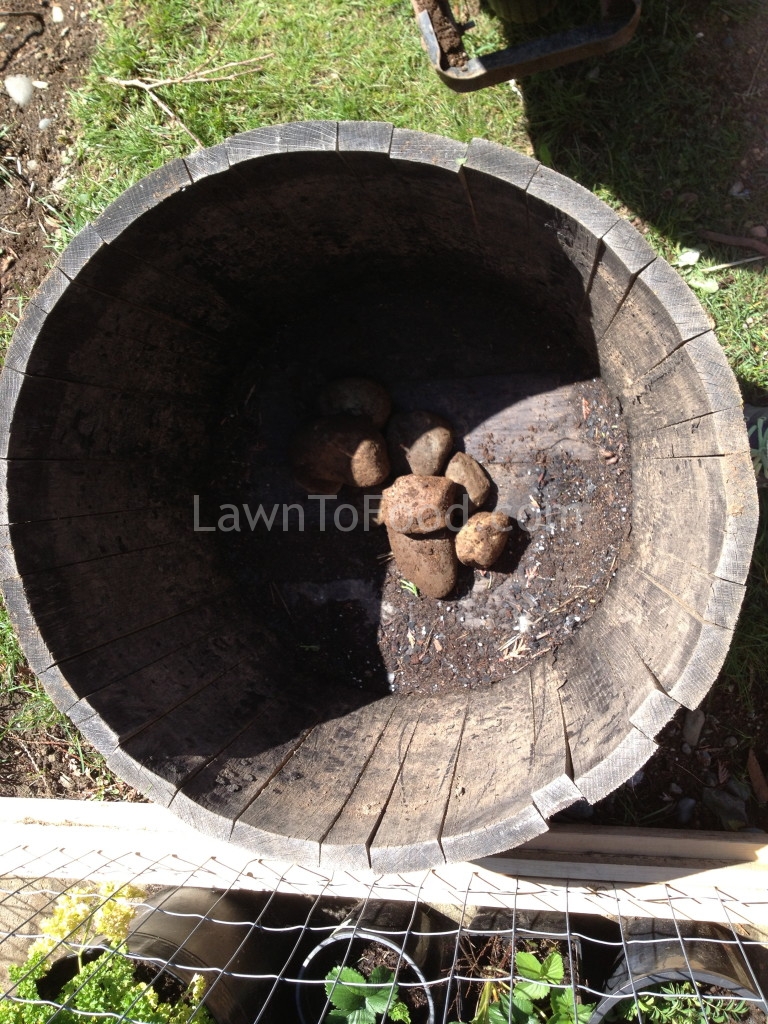 I added about 4 or 5 good shovels full of sandy, but rich, organic soil from my backyard. Then I placed 7 seed potatoes on top of the soil … which was ridiculous! I edited that down to 3 seed potatoes and that is still probably too many. I have to remember how large plants will grow if they have ample space to do so. 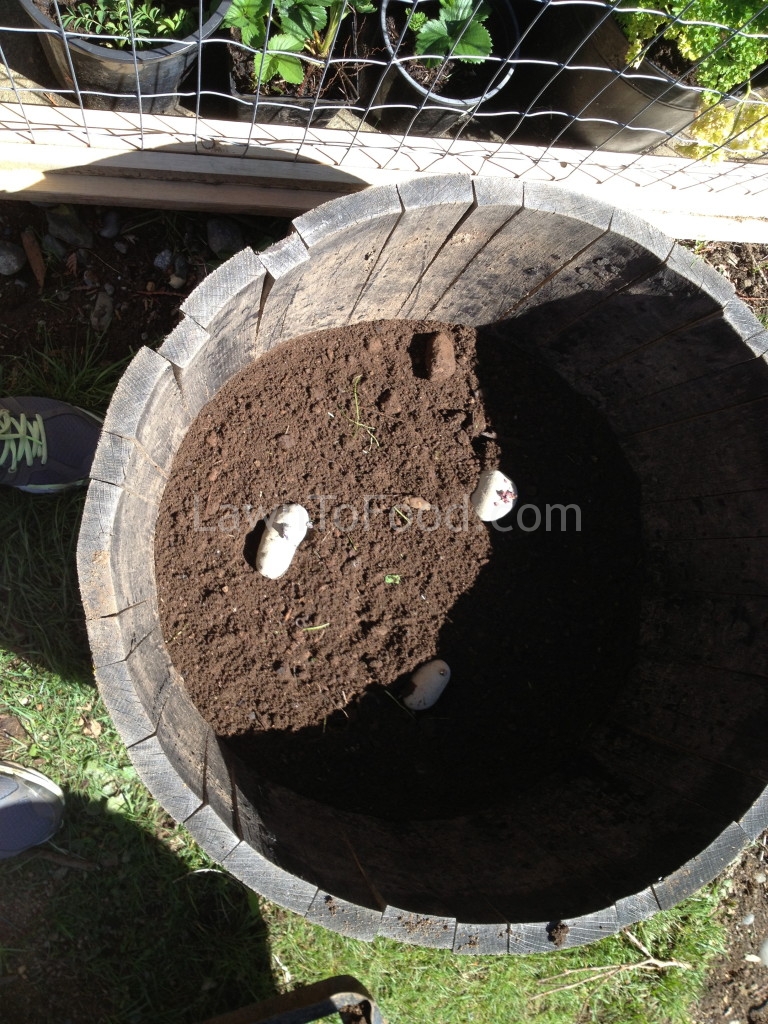 Every time the potato plants grow 4″ to 6″ tall, I will “hill or mound” them with either more soil or more straw. I am curious to see which oak barrel produces more potatoes.  I’m also wondering if I’ll be able to harvest clean, non-dirt covered potatoes from the straw barrel.

How are you going to grow potatoes?