In the last few weeks, I have been spending lovely bits and pieces of time in the spring garden. During those moments I have made some awe inspiring discoveries. Well, at least for me they are incredible little snippets. All I had to do was slow down enough to appreciate them.

In the back corner of the frontyard garden I have a work table where I store empty pots and seedling flats. As I went there, to scrounge around for a waterproof tray, I was shocked to see a bucket of daffodils peaking out from the lower shelf !! 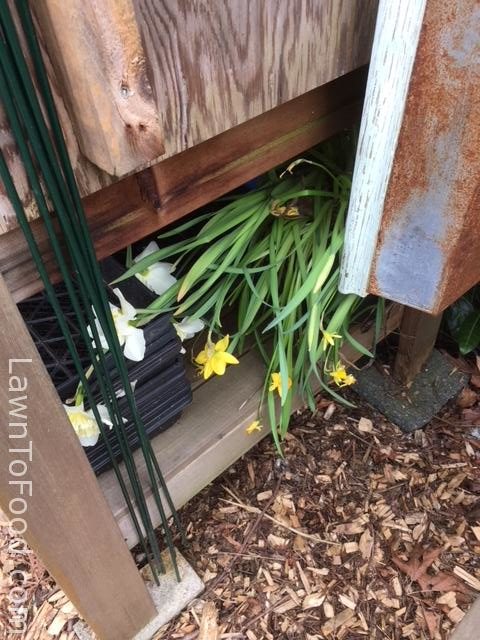 As soon as I saw the blooming flowers, I remembered that last spring I had put a bucket of flowering buibs under there to plant in the fall. I obviously forgot to get them planted in the ground, but Mother Nature decided that they should sprout and push towards the light, regardless of my neglect. 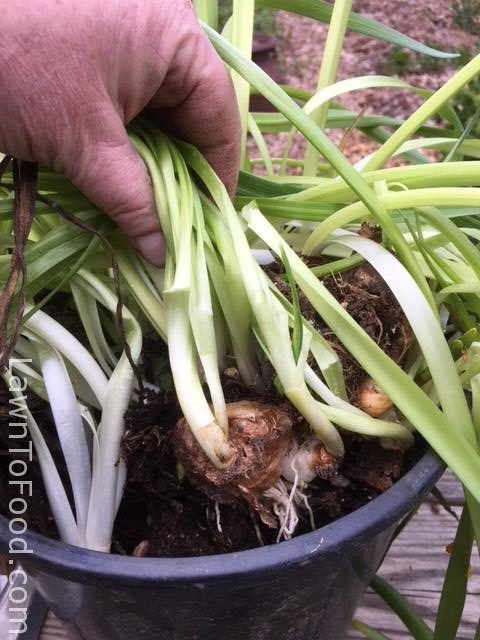 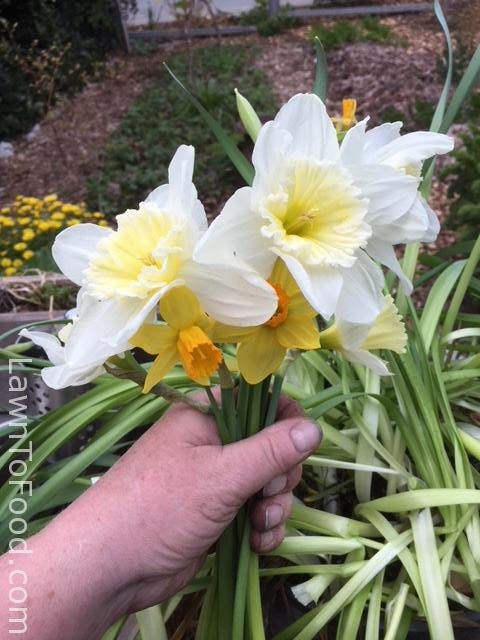 I rescued the droopy, but beautiful blooms, and will let the bulbs cured for planting this coming fall. I’ve marked the calendar! (and set a reminder note on my phone) 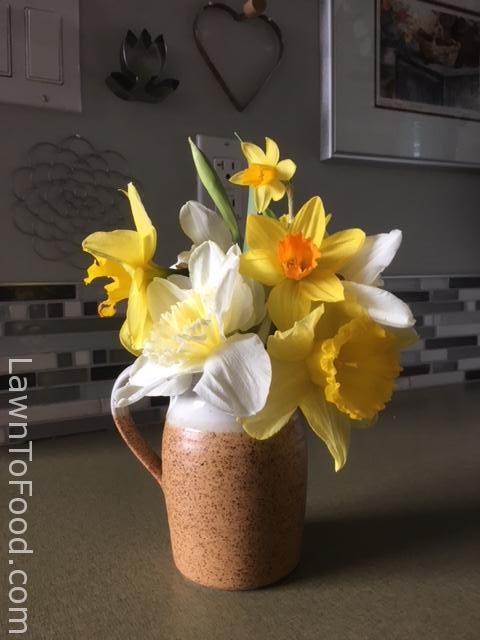 Another interesting thing that I found while weeding, was a chunk of cabbage stalk from last year. It was slightly buried under the soil, probably left behind when I harvested a cabbage last fall. It had set roots and begun to grow. This amazing little piece was sending off leaf shoots in an effort to go to seed and reproduce itself. I admire the effort that nature puts in to assuring there will be new generations of growth. 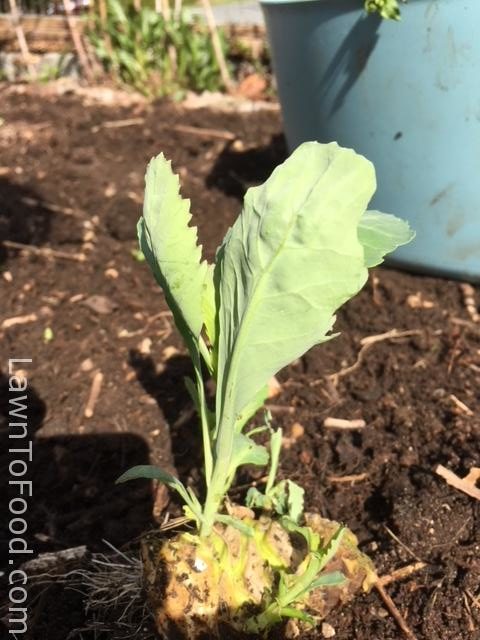 This little chunk off potato was left ground from last season’s Russet crop. Typically, I just dig them up and discard them, but his time I rinsed it off to have a closer look. I was pleasantly surprised to see a distinct difference between the roots and the nodes that it was sending off. Those thicker-than-root nodes would eventually set new potatoes. Looking at this “weed” gave me a better understanding of why we hill dirt up around potatoes, so that they will yield larger potato crops. The more soil there is up around the base stalk, the more nodes that it can send out produce potatoes. 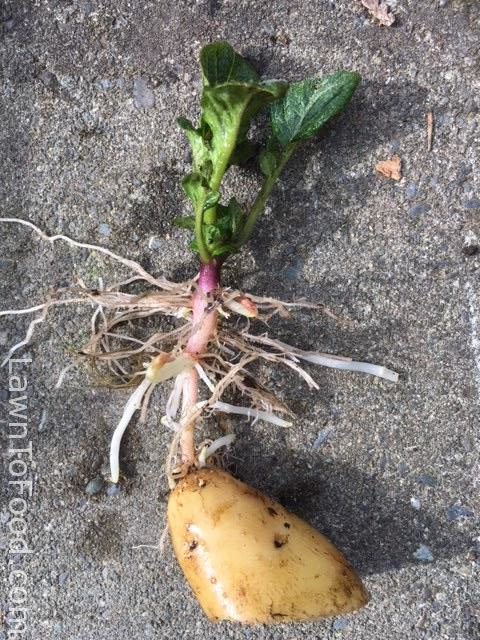 Being out in the garden, planting a few seeds and pulling a few weeds is just one small way that we can stay in touch with our natural surroundings. You’d be surprise and what smile-provoking moments you can find. If you need to refill and rejuvenate, nature is the awesome choice … be it in the forest, at the beach or even in your own backyard.