In anticipation of this weekend’s rainfall, I made sure to collect all of my drying bean pods off of their vines. I could tell that the pods were ready for harvest because as I plucked at the dry shells, several of them burst open. In a spiralling frenzy, the bean sheaths curled back and catapulted little bean bombs all over my garden.

The majority of the bean pods were a bit soft from the damp autumn weather, so I used mesh-bottomed seedling trays to collect them in. These trays would allow for air circulation and hopefully eliminate the threat of mold growing. I placed the full trays of beans on the fireplace hearth to dry and jumped to the next must-be-harvested-now item on my to-do list.

I had forgotten about the shelling beans drying on the hearth until I experienced a rude awakening early one morning. I had built a lovely roaring fire, the evening before, and throughout the night its dry heat had caused several pods to snap. Borlotti beans were scattered all over our hardwood floors! I discovered that having one under foot feels very similar to stepping on Lego.

I took the obvious cue and decided that now was the moment to get the drying beans ready for storage. After stoking the fire and pouring myself a cup of coffee, I settled in for bean shelling duty. 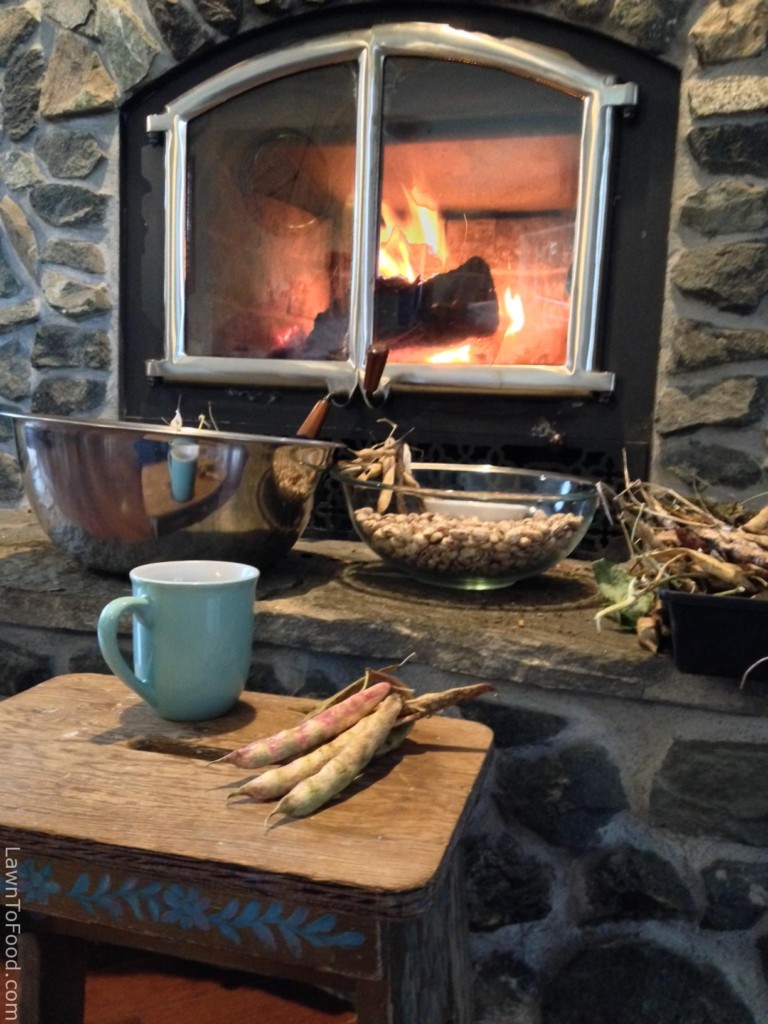 Sitting by the fire, in the dim morning light, sipping a warm beverage and doing a simple repetitive chore is very calming. My mind wandered to gardening memories and other quiet summer moments. I noticed that each bean has its own colour-coded pattern, sort of like us. We are all the same and yet unique. I also thought that if everyone had to shell their own dry beans, to sustain themselves for a year, then they’d probably have more appreciation for such a nutritionally valuable food.

BOOM! Our grandson, Brusselsprout, came flying through the porch door in his usual silence-shattering style. “Hi Grandma!” He had decided that it was too rainy to walk, so he needed a ride to school … but first, the beans caught his attention. He directed me to go get ready, stole my fireside stool, continued the shelling process while simultaneously asking, “Will there be bacon in the bean soup?” 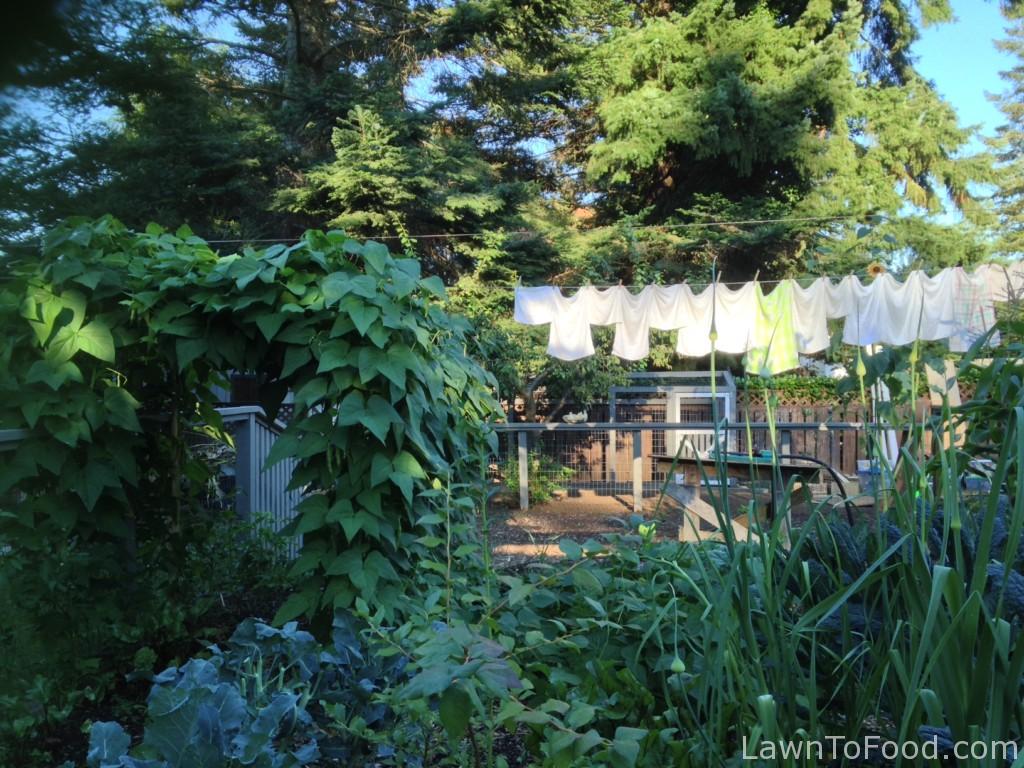 Brusselsprout’s Borlotti Bean arbor to the left in this picture.

I absolutely love that he understands the whole growing lifecycle. Bean seeds that he planted in the spring, became the bean arbor that he played under during the summer, which grew into pods, that he is now shelling to provide us with food. It’s a valueable lesson and I am proud that he is learning it. 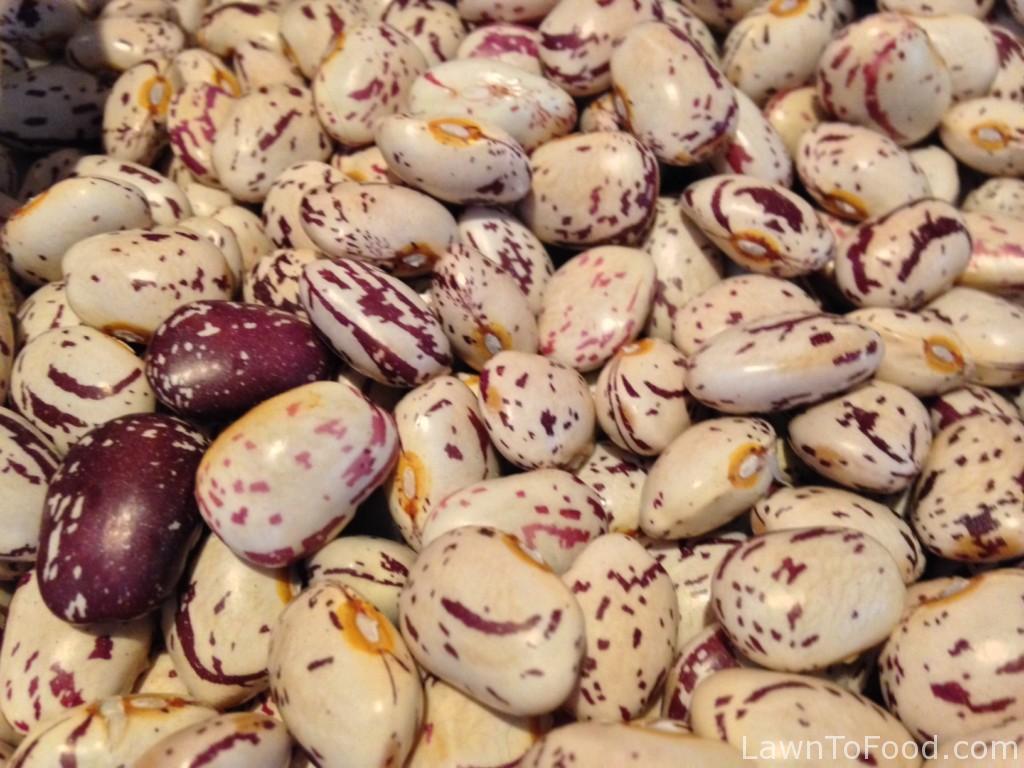 Our uniquely speckled Italian Borlotti (also know as Cranberry) Beans. Most are dry, hard with a dark burgundy colour, others are still soft, plump and pink. All are now in the dehydrator to remove the last bits of moisture before going into air-tight jars for winter storage.