This is what I have been waiting all winter for! In Comox, on the West Coast of BC, our last frost date is estimated to happen between April 1 and April 10. That means that today (March 12) we are at that magical time, mentioned on seed packages, that says … “2 to 4 weeks before last frost date, sow seed directly in soil outdoors”. I found my local information here, on the Map of Average Last Frost Dates.

In conjunction with the West Coast Seeds chart of What-Goes-in-the-Ground-When, I have decided to plant green peas (I also planted some on Feb. 21), lettuce, spinach, radishes, and arugula. My kale varieties have already been started indoors, so I will wait a few more weeks until they get larger, and then I’ll harden them off before planting outside.

For the first time, I am also going to plant Broad Beans (Favas) in the soil today. I have grown Favas before, but never this early in the season. Another first for me today will be planting garlic in March. There are several bulbs in my pantry that are “springing to action” with green sprouts popping through their cloves. Even though the majority of my garlic was planted last fall for a June harvest, I will put these in the ground now and then pull them later in the summer, when they are tender young sprouts.

I’m off to grab my rain jacket and rubber boots. A little drizzle won’t stop my spring Saturday planting plans 😉 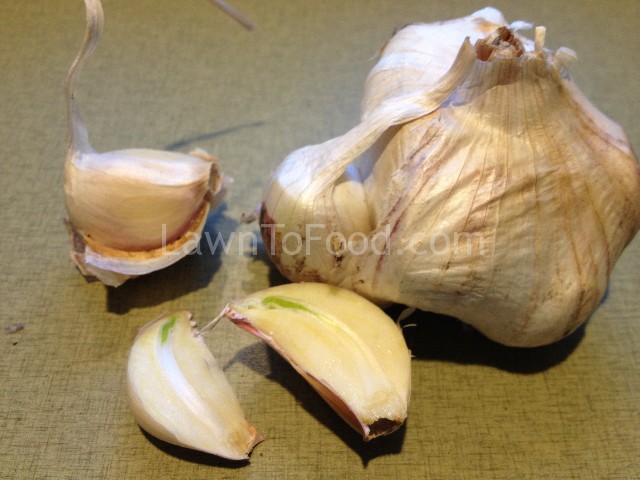